Posted at 14:06h in Newsletter by Nanci Taplett 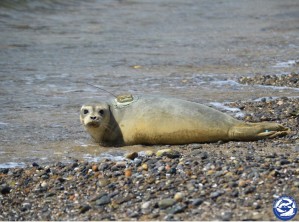 #77 is a harbour seal left stranded by its mother in Cape Neddick, Maine in June. Marine Mammals of Maine rescued this cute little pup and admitted him into its rehab center. While there, little #77’s nutritional, physical, and psycho-social health thrived. #77 did everything just like he needed to. He weaned off of pup formula and graduated to fishing on his own. In just under three months, #77 was ready to be released. In the morning, researchers attached a Wildlife Computers SPOT-293 satellite telemetry tag. A SPOT tag sends out short transmissions to the Argos satellite system to calculate the location of the seal. On a beautiful Sunday morning, #77 was released back to the ocean. Since his release, #77 has been exploring the many islands in Casco Bay utilizing a few well-known haul-out sites in the area. MMoM even saw #77 on the Halfway Rock Light Station’s live webcam.

Watch the video for the full story on how Marine Mammals of Maine rehabbed #77: https://youtu.be/mUGyadu0fxY 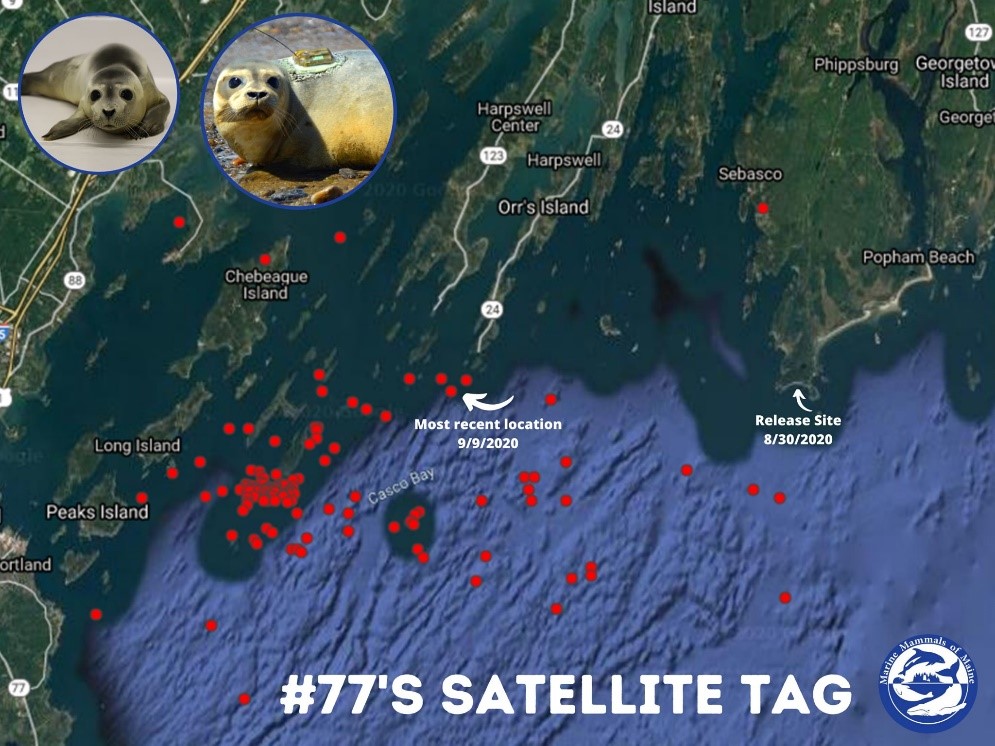