Posted at 14:23h in Newsletter by Nanci Taplett 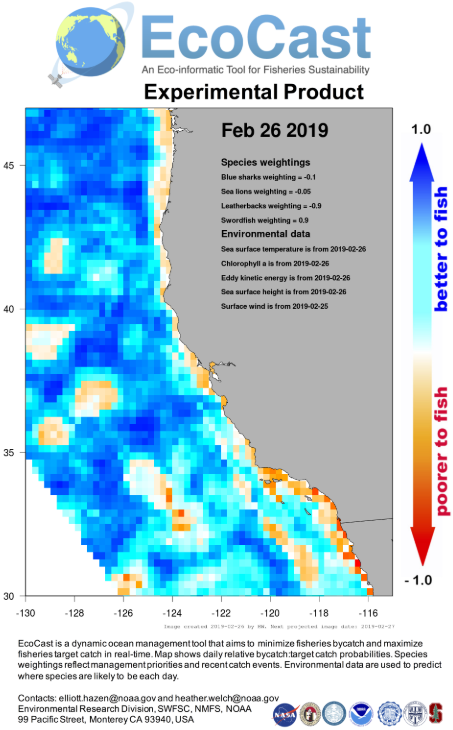 One of the most enjoyable parts of my job at Wildlife Computers is interacting with scientists, attending conferences, and scanning the literature to see and hear all the creative ways that electronic tags are being used. Most researchers approach us with what appears to be a simple goal—understanding the two- or three-dimensional movements of their study subjects. But when you pry deeper to find out why they are interested in the movements of a particular animal, you realize there are countless reasons—maybe their movement patterns have never been documented or have changed, maybe we need to study the population’s juveniles or adults, maybe fishers want to find an animal more efficiently or avoid them, maybe we want to know how an animal hunts prey, or if they inhabit very cold water, or very hot water, or maybe, or maybe… I’m sure you get the point!

Fisheries bycatch is defined as catch of a species that is not the main target of a fishing fleet, and while some non-targeted catch is brought ashore and marketed, most is typically discarded at sea. Bycatch may include individuals of undesirable size or quality, or species that are protected or of conservation concern. It is now common for fishing nations to impose regulations designed to mitigate bycatch in efforts to minimize waste and the negative effects on various populations of bycatch species. Demonstrated low bycatch, high survival of discarded bycatch, and having bycatch mitigation measures in place are requirements of most organizations that provide sustainable seafood certifications. Fishery managers are routinely turning to scientists for help in identifying effective bycatch mitigation measures based on animal behavior, target species, and operations of the fisheries.

Electronic tags are being used to help understand bycatch issues in ways that you may not have considered. While the majority of Wildlife Computers tags are used to track animals, understanding the movements of fishing gear and the environment within which the gear operates is critical to understanding bycatch. Recording details of pelagic longline, midwater trawl, bottom trawl, and other fishing operations, including fishing depth, gear movement, ambient light and water temperature, along with observations of bycatch events has led to many effective bycatch reduction strategies. For example, using weighted branch lines to increase the sink rates of baited hooks in demersal longline fisheries greatly reduces seabird bycatch.

A number of studies have identified spatial and temporal overlap of fisheries and bycatch species in order to steer fishery effort away from bycatch species hotspots. A recent study resulted in a tool for fishers that directs them toward swordfish-rich and bycatch-poor waters (full disclosure—this is an unabashed plug for a study in which I was involved!). The tool uses satellite tagging and fishery observation data for swordfish, leatherback sea turtles, blue sharks, and California sea lions along with environmental data in a predictive model that produces daily estimates on where it’s better to fish. Fishers can use this tool to avoid high bycatch areas to improve profits and aid in conservation. The underlying analyses have gained the interest of fishery managers who are increasingly looking beyond static time and area closures to more adaptive strategies.

Bycatch avoidance is certainly one of the best ways to address fishery bycatch concerns, but even when bycatch is not entirely avoided, careful handling and live release of the bycatch species can help to reduce fishery impacts. Electronic tags help assess whether released animals typically survive capture and post-capture handling, and whether changes in capture and handling methods serve to increase post-release survivorship. In addition to fishing and handling practices, survivorship often varies depending upon species and region. The survivorship of pelagic sharks released alive from a temperate longline fishery varied by species but was relatively high when compared to the survival of juvenile silky sharks from a tropical purse seine fishery. Characterizing the effects of fishing and handling practices on different species in different areas can help researchers and fishery managers prioritize their efforts.

These are just a few of the numerous examples that demonstrate how electronic tagging is helping to mitigate fisheries bycatch. Wildlife Computers is always looking for ways to help advance these efforts, so if you have an interesting idea, let us know.

Suzy Kohin joined Wildlife Computers in June 2018. Kohin holds a bachelor’s degree in Math and French from Washington University in St. Louis and a Ph.D. in Biology from UC Santa Cruz. Kohin’s research includes analyzing and applying electronic tagging data to questions regarding habitat-use, foraging ecology, population structure, survivorship, and fisheries management. At Wildlife Computers, Kohin interacts with researchers about their needs and helps investigate novel ways that tagging technologies can advance science and conservation efforts. Suzy has published extensively in fisheries, quantitative ecology, and physiology. You can find a full list of her publications here.