Posted at 14:43h in Newsletter by Nanci Taplett

The Arnavon rookery in the Solomon Islands is the largest rookery for hawksbill turtles in the South Pacific. It’s especially important because hawksbill turtles are critically endangered. In 1995, the Arnavon Community Marine Conservation Area was established to protect not only the turtles but the other amazing flora and fauna in the area. Hawksbill turtles nest here year-round with a few green sea turtles stopping by for a visit.

Scientists have been tagging hawksbill turtles in this area to see where the Arnavon turtles go after nesting and to determine if the original boundary set up 30 years ago was adequate. Between 2016-2018, Dr. Richard Hamilton, director of the Melanesia Program at The Nature Conservancy, and his intrepid team of turtle tagging experts outfitted 30 adult female hawksbill turtles with Wildlife Computers SPLASH10 tags with Fastloc GPS to gather the data.

The study found that involving the community, the government, and NGO stakeholders in the research process, conservation could be affected immediately and problems fixed quickly. One example outlined in the paper happened when two tagged turtles were poached in 2016. The Arnavon’s management board took swift action to add more park rangers and worked with the government to declare the Arnavons as the Solomon Islands’ first national park.

In a study from 2016, 369 sea turtle satellite-tracking studies were reviewed and 171 questionnaires were gathered. From this information, only 12 of those studies led to any change in conservation or policy. Indeed, it is exciting to see scientific data gathered from Fastloc® GPS tag affecting real conservation decisions and we hope to see more in the future. 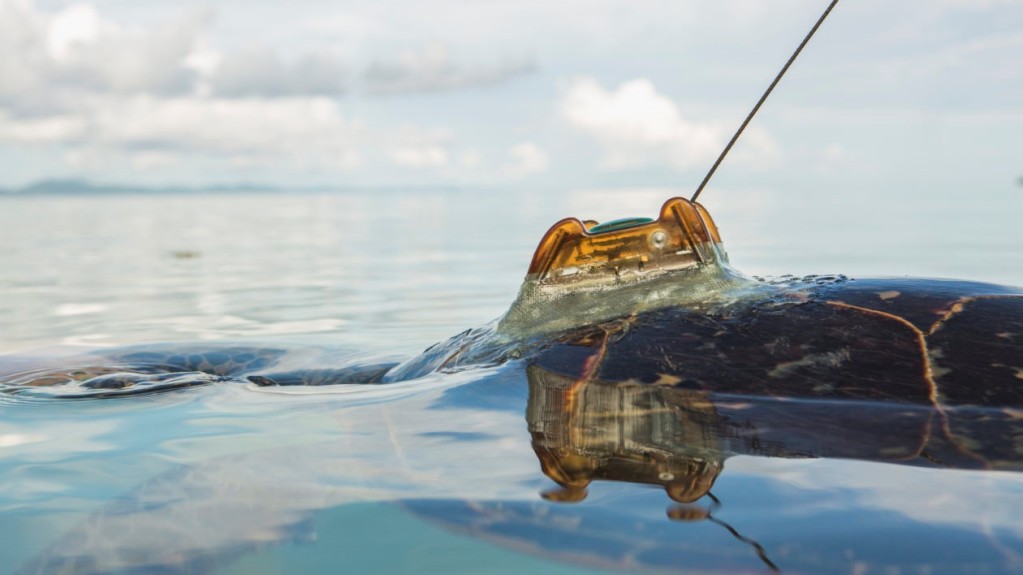