Posted at 13:29h in Newsletter by Nanci Taplett

A few months ago we introduced the SPOT-395, a new Argos satellite tag for sub-adult “teenage” turtles. This tag—75 mm long and 86 g—stands up to any rugged marine application. It includes an Argos transmitter and temperature sensor and can last 345 days or more.

We are starting to see exceptional results from last year’s field deployments due, in part, to the raised wet/dry sensors along with the nylon-coated antennas and protection horns. The plots below are not filtered and demonstrate the prominence of high-class Argos locations from these new tags.

Here are two tags deployed in Queensland, Australia that have provided fantastic results! There have been thousands of locations over the past few months providing excellent home-range data. 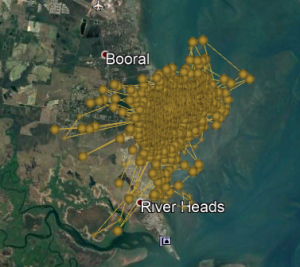 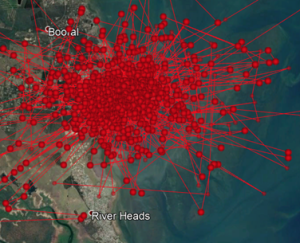 Two tags were also deployed in Israel. The first tag headed North for 300 km before going off the air. Haul-out data shows that the tag was dry before transmissions stopped in Syria suggesting an unhappy end for the turtle. 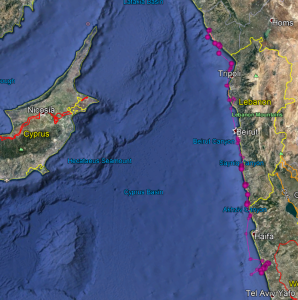 The second turtle was released from Eilat in Israel. After a brief excursion along the coast, it circumnavigated the Red Sea in just four weeks.

Also, check out this video of rehabed turtles being released back to sea. You can see a very well-placed and anti-fouled tag headed out to sea.