Posted at 11:13h in Newsletter by Nanci Taplett

This newsletter will be available quarterly and cover topics like recent news, tips and tricks on working with our tags, interpreting data, and a look at some of the fascinating research taking place in our world.

A Look at the Most Published Tags in History

They say that necessity is the mother of invention or as Wikipedia states, necessity is the primary driving force for most new inventions. As it often was and still is, Wildlife Computers was ahead of the market. Melinda Holland, CEO of the company, looked back fondly. “Back in the early 1990’s, we had complex Satellite Dive Recorders (SDRs). Our SDRs were very sophisticated at the time. They had onboard processing capabilities and used wet/dry sensors for surface detection, depth sensors to identify dives, and they produced a number of transmitted data products—and they were big. But what the market needed was a smaller, simpler, and less expensive location-only tag.” 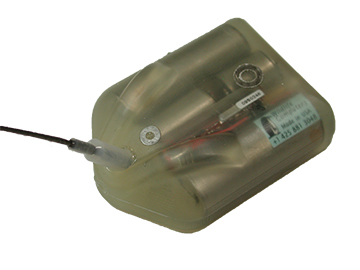 The first SPOT tag started with onboard processing and a simplified controller board designed from scratch in-house as well as an Argos transmitter bought from a company called Telonics. The early SPOT tags focused on location only. However, Roger Hill—the company’s founding engineer—added a bit more. He kept the wet/dry sensor and sophisticated transmission protocols from the SDRs, and included a temperature sensor. These early SPOT tags used the wet/dry sensor to determine when it was at the surface and reported the temperature at the time of the transmission. “That’s where we got the name SPOT—Smart Position Only and Temperature.” The first field trials of SPOT tags started in early 2000 on seals and provided excellent location data to the researchers.

Over the next few years, the tag evolved. Data products such as Time-at-Temperature histograms and Haulout timelines were created using more sophisticated onboard processing. The tags got a lot smaller thanks to newer technology and smaller transmitters.

“There were transitions and changes along the way,” continued Holland. “We were unsatisfied with the size of the Telonics transmitter so we worked with another company called Seimac to build a smaller customized transmitter for us, the ‘WildCAT.’ Eventually, we collaborated with an RF consultant to design and build our own transmitter which we named the ‘Cricket’ (it was small and chirped to the Argos satellites). The Cricket was such a solid design that we eventually provided the transmitter on an OEM basis to Sirtrack and the Sea Mammal Research Unit (SMRU), who also produced tags for marine animal tracking. SMRU still uses our transmitters. Back in those days, we ran more like a research institute that happened to sell tags. We still strive to maintain this collaborative, research-oriented culture.” 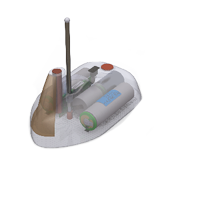 The SPOT continues to evolve as technology improves and more research questions are asked of it. Fastloc® GPS is an option for projects that need high-resolution locations. More transmitted data products are available. “Our SPOT tags continue to fill the need for a small tag whose primary purpose is horizontal movement at the lowest possible cost, but with added features,” said Holland.

Wildlife Computers always keeps the welfare of the animal at the forefront of its design philosophy. “There is a push-pull in the decision to use tags for animal tracking. When you stress an animal by tagging, you should get as much information as possible from each and every deployment. You also want a physical design that minimizes the impact on the animal’s behavior.”

The SPOT tag has appeared in over 500 published research articles. It is available in over 50 different designs and 200 configurations. For more information on our SPOT tags, visit the SPOT page to learn if these tags are right for your project.

Rainier-S20 Tag Pinging Away After One Year 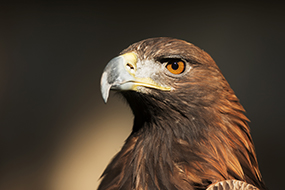 We introduced our new bird tag—Rainier-S20—last fall after a lot of work, field trials, and preparation. One of our field trials just had it’s one-year-anniversary and the tag is still going strong.

On April 30, 2017, Mike Lockhart, retired U.S. Fish and Wildlife Service biologist with a 33-year career working on birds of prey and our own Rowan Calder, technical sales consultant, released the first Rainier-S20 tag on a female Golden eagle at Hutton Lakes Wildlife Refuge in Wyoming.

Over the last 365 days of deployment, the tag logged a total of 7,140 GPS locations via Argos—an average of 19.6 fixes per day. The data shows the eagle successfully navigating itself through wind turbines in South central Wyoming and down to central Colorado where it spent most of the winter. Altogether, the eagle traveled a total of 10,573 miles between all of its locations.

Oh, the sights it must have seen! Learn more about the Rainier-S20 and our Early Adopter Program.

We are giving away free tags. Yes, you read it right. Free tags. If you apply to our Early Adopter Program (EAP) for the new Rainier-S20 tag, you can receive one free tag for every one you purchase up to the first five.

Early Adopters will be among the first to purchase, demo, and review our new Rainier-S20 tags. As part of the EAP, you will play a pivotal role in the validation of our new tag and its introduction to the market. Not only will you have access to the product roadmap but you will have the opportunity to provide suggestions on the features of the new products before it is released.

Learn About the Program >

Wildlife Computers is excited to announce the addition of Doctor Suzanne “Suzy” Kohin to its full-time staff as a Fisheries Biologist. Suzy is a scientist and program leader with a Ph.D. in biology and over 13 years of experience representing the US Government in providing domestic and international fisheries management advice, and researching the biology and population dynamics of large migratory fish (tuna, shark, and billfish).At Wildlife Computers, Suzy will work with our customers to help them analyze and publish data, work collaboratively on various research projects, and work to develop new products. 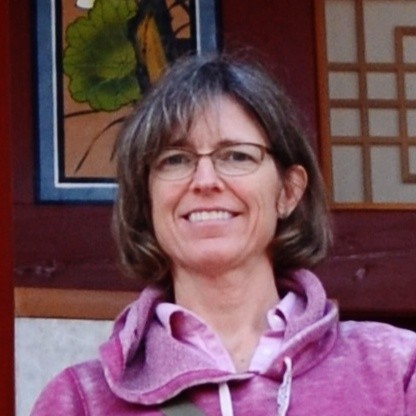 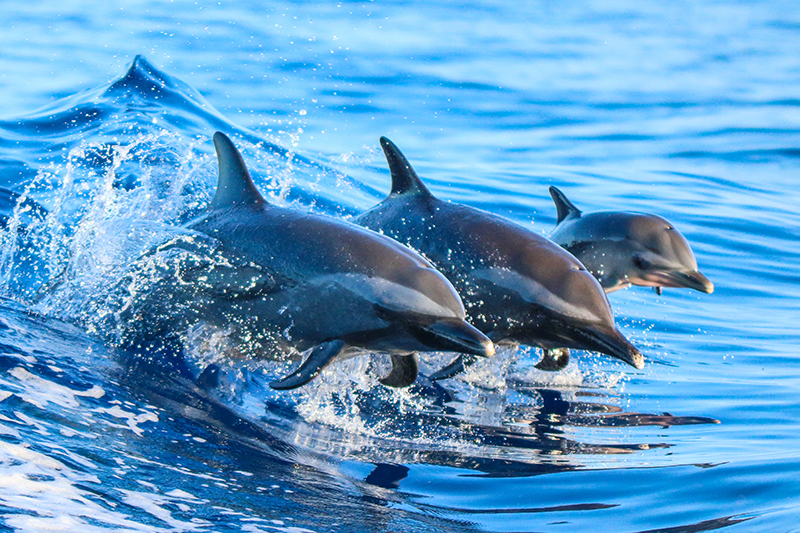 Tips from the Experts

Setting Up Data Alerts in the Data Portal 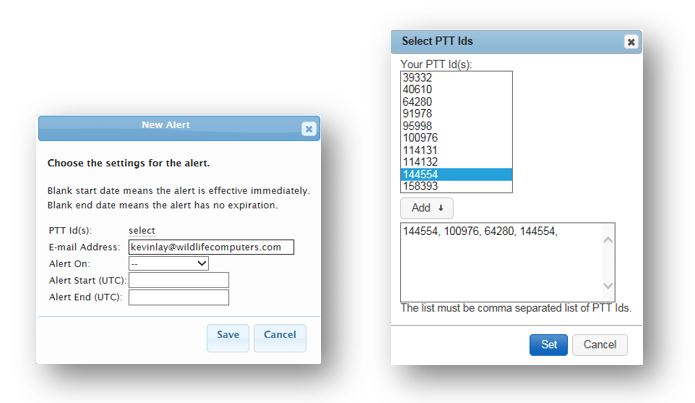 Alerts can be set up in batches by selecting multiple PTT ID numbers separated by commas.

When batch alerts are set, an individual ID alert can be canceled using the Cancel link in the email that arrives from the Wildlife Computers Data Portal.

We are on the road throughout the year. Stop by to see what’s new.

If you don’t see us on the road, connect with us online! 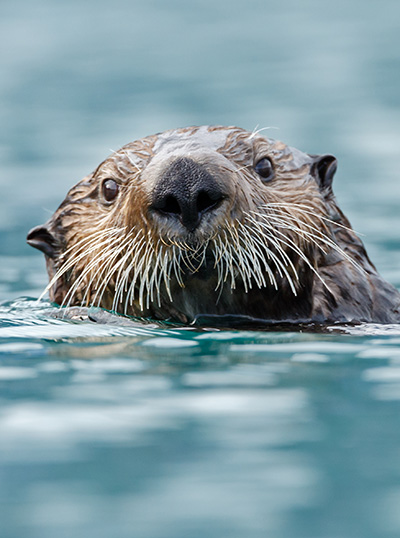 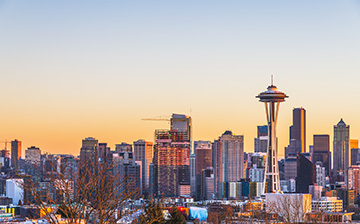